The next documentary that is under the spotlight for the edition of the Secluded Series is ‘The Great Hack‘. (TGH) TGH provides insight into the inner workings of a specialist data company named Cambridge Analytica.

We are connected now more than ever before, yet physically it seems the barriers and distance grow day by day. Data is now the most valuable asset in the world, surpassing water, oil and gold. Data is a trillion-dollar industry that was created at the leisure and convenience of the consumer that knows, what we like, what we fear and what our boundaries are, also known as our emotional pulse, at the centre of connectivity.

During the US presidential election, Barack Obama’s successful use of social media was a core tool and regarded as a key aspect of his success in both the 2008 campaign and his re-election campaign in 2012.

In early 2018, Facebook and Cambridge Analytica were implicated in a massive data breach. Personal data from over 87 million Facebook users had been improperly obtained by the political data analytics firm.

The whistleblower at the centre of the Cambridge Analytica scandal, was the former Director of Research for Cambridge Analytica, Christopher Wylie. During Wylie’s tenure he came into contact with Steve Bannon, former vice president of Cambridge Analytica and a key figure within Breitbart. The American right-wing philanthropist Robert Mercier was a secret investor for CA.

This historic scandal has become synonymous with the terms ‘data,’ ‘privacy,’ ‘Facebook,’ ‘Trump,’ and ‘Brexit,’ which are a snapshot of the most notable terms associated with Cambridge Analytica. The organisation essentially was designed to harness big data and social media for covert information operations that were targeted at the US electorate among other nations.

The release of ‘The Great Hack’ back in 2019 included numerous insiders and former C-suite executives that delved deeper into the murky sophistication of these applications from the many social media behemoths that dominate the market.

The involvement of Cambridge Analytica in the Brexit campaign is disputed. However, video evidence of the organisation’s former business director and whistleblower, Ms. Brittany Kaiser corroborated the organisation’s presence and involvement in the campaign initially. The documentary highlights the inner circle of Nigel Farage and Andy Whigmore, who were both central figures within the Brexit campaign. Farage who is a close friend of Steve Bannon attended the Trump inauguration accompanied by Whigmore, as part of the ‘Bad Boys of Brexit.’

Aaron Banks and the unofficial Brexit campaign leave.EU previously issued a legal threat to streaming giant Netflix in retaliation for hosting the documentary ‘The Great Hack.’ Banks also pursued a legal claim over the coverage of Carole Cadwalladr, a freelance journalist for the Observer.

The benefits and the apparent challenges associated with social media are ever-changing with developing organisations and the developing industry. Therefore, monitoring of these organisations and their activities should be of great interest to not just every politician in Government but everyone in society, as these tools/ platforms have the capacity to be used to incite violence, racism and at the core of polarisation in the 21st century.

Tristan Harris former Design Ethicist, at Google stated “If You’re Not Paying for It, You’re the Product,” which sums up the nature of the majority of social media users. Tristan Harris is the Co-Founder of the Center of Humane Technology and also stars in the ‘The Great Dilemma

On an episode of Recode Decode, Tristan Harris also stated “Tech companies, need to question themselves about the consequences of the products they’re developing.”

What are your thoughts on The Great Hack?

Why not sign–up for our newsletter and become part of the solution today. 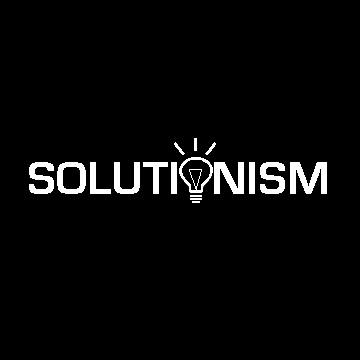 Why Heavy Rain Is Bad News for Swimmers

Grainne Saunders discovers why sea swimming in Dublin Bay isn’t always good for your health. A nice day for a dip. 19th June 2020 was the first dry day after a few days of intense thunderstorms.  Ireland is in lockdown but Dubliners lucky enough to live within 2kms of the sea can take advantage of our beautiful sandy beaches.  On Dollymount, Portmarnock, and Sandymount beaches, signs have been erected. Perplexed would-be swimmers, on seeing the sign, wonder how heavy rainfall makes the sea dirty. Sea swimmers in Dublin should read further.

END_OF_DOCUMENT_TOKEN_TO_BE_REPLACED

Israel has long been held up as a beacon of democracy and freedom in the Middle East, however, they have a long history of clandestine activities and dealing with tyrants and dictators when it serves their needs.

END_OF_DOCUMENT_TOKEN_TO_BE_REPLACED

Blueshirt.
It’s a well-worn epithet, liberally applied throughout the Irish social media grapevine to Fine Gael and their supporters. It has seen an increase in use in recent years, with Google Trends noting an uptick in searches for the term “blueshirts” and “Fine Gael blueshirts” since Leo Varadkar, ever the divisive figure, took the party reins from Enda Kenny in 2017.