Harry Potter fans are in for a treat on New Year’s Eve 2021 when at the stroke of midnight, HBO will air a special programme to celebrate the 20th anniversary of “Harry Potter and The Sorcerer’s Stone”, the first film in the epic franchise.

Daniel Radcliffe, Emma Watson, and Rupert Grint, who played the iconic wizards, have re-united to make “Harry Potter 20th Anniversary: Return to Hogwarts.” They will be joined by the cream of British acting talent such as Helena Bonham Carter, Robbie Coltrane, Ralph Fiennes, and Gary Oldman.

But the woman, whose imagination created the world of magic, muggles, and wizards, will not be there.

As we raise a glass to absent friends in the traditional New Year’s Eve toast, JK Rowling, like Banquo’s ghost in Macbeth, will be more powerfully felt in her absence than in her presence.

Why has the author of Harry Potter become Persona Non Grata?

JK Rowling is an avid Tweeter and isn’t afraid of creating controversy when giving her opinion. In June 2020 she reposted and commented on a post about menstruation which used the words “people who menstruate” as opposed to women and/or girls.

The Trans Community were outraged and reacted angrily. They felt that the phrase “people who menstruate” was the correct phrase to use as it included transgender people i.e. people who were born female but who identify as male. They felt that by using the phrase “woman” these people were being excluded. As it was JK Rowling who made the statement it was felt as a double blow, they felt betrayed by someone they thought was on their side, someone who had created the gay Professor Dumbledore.

Why did the trans community feel so offended?

“The reaction became a flashpoint for the LGBT community. We have been Living with Harry Potter and JK Rowling, an individual who created this world which celebrated the idea of being different, the boy living in the closet under the stairs, who goes away to a magical school and finds his identity is accepted.”

Is her position so terrible or is the temptation to take a pop at someone too good an opportunity to miss out on?

James O’Hagan, feels that the gay community must stand up for its members as all gay people have been part of the struggle to get to this point and the gay community simply cannot allow the trans community as a marginalized group to be ‘siphoned off and bullied and pushed around.’

James feels especially disappointed that the perceived anti trans remarks are coming from the writer of Harry Potter. He says “JK Rowling had stepped up as an ally, championing, even retrofitting, her product to make it more marketable for LGBT people.” Now he says, “she is starting a war or joined in with a war against very vulnerable people.”

Examples of Tweets from Harry Potter fans in response to comment 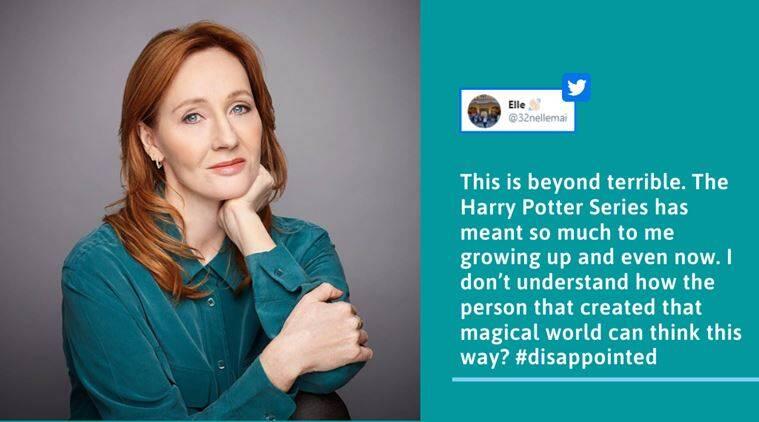 GLAAD stated that because JK Rowling has been so “near and dear to the queer community in her fantastical writings, that it was very disappointing that she would turn her back on the trans community.” She added: “No one is untouchable, especially when they are spewing hate.”  With the help of writers in GLAAD, two Harry Potter fan clubs “MuggleNet” (350K followers on Twitter and 820K on Facebook) and “The Leaky Cauldron (150K followers on Twitter and 233K followers on Facebook) released the following statement:

The two websites also advised that they would refer to the author in future as #JKR so that fans can mute and avoid seeing posts about her. The general feeling in the gay community appears that she deserved to be cancelled

How does outrage lead to cancelling?

Writing in Psychology Today, Psychologist Rob Henderson, describes how large groups of people, often on social media, target those who have committed some kind of perceived moral violation.   Others are encouraged to join in, and they continue until they have succeeded in casting out the victim from their social and professional circles.

He explains that indulging in cancel culture allows us to move up by taking others down. He says, praising someone isn’t as much fun as blaming them. Some of the reasons that people engage in cancel culture he advises are because it allows the condemners to be part of a gang and the social rewards are immediate, your comments are liked, you love the approval.

Rowling responded to the criticism and tried to explain her position, she makes several statements all starting with: “if sex isn’t real….” What does she mean by sex? 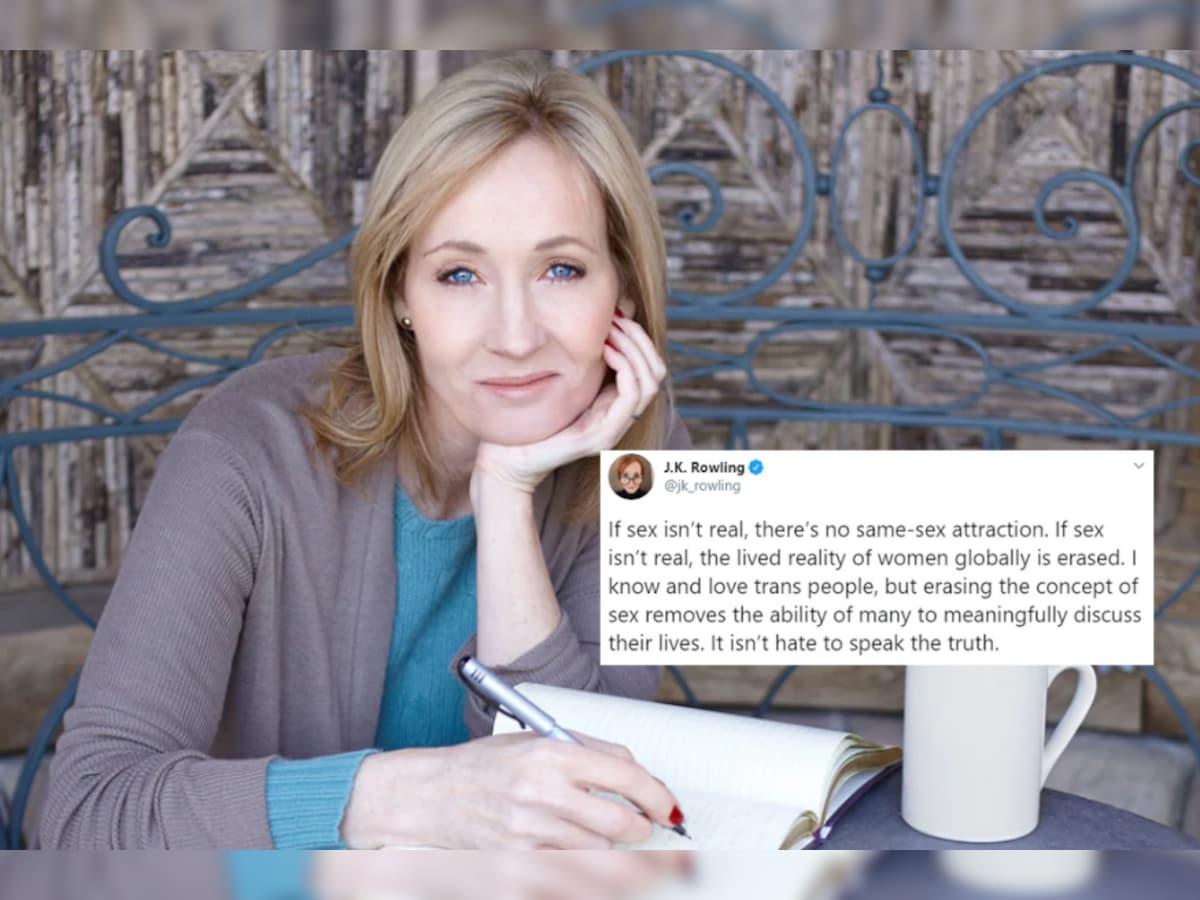 The UK Government defines the difference between Sex and Gender as:

Sex refers to the biological aspects of a person, determined by their anatomy and is something that is assigned at birth and is male or female. People whose gender identity matches the sex they were given at birth are often described by the gay community, as ‘Cis’’ which is short for ‘cisgender,’ basically, it means ‘not trans.’

Whereas gender can be interpreted as a social construct, relating to behaviours and is a personal perception of oneself and so the gender category that someone identifies with may not match the sex they were assigned at birth. They may see themselves as a man, a woman, having no gender or having a non-binary gender. Catelyn Jenner talking about her sexuality says: “Sexuality is who you’re attracted to, but gender identity is about who you identify with.”

The Process of Cancelling

Cancel culture appears to have four steps. Firstly, it is decided that someone has said something that is deemed to be offensive and therefore requires cancelling. Secondly, there is a ‘Pile On’ of people anxious to show their ‘wokeness’ and signal their virtue by condemning the chosen victim to a public shaming. Childline writing about the effects of social media “pile on” on mental health says the key for enjoying Twitter is to never be the person that everyone is piling on. Thirdly, friends, colleagues and anyone associated with the victim must distance themselves in case the contagion is catching. Fourthly, the Sponsors run a mile to prevent their product becoming contaminated by association. 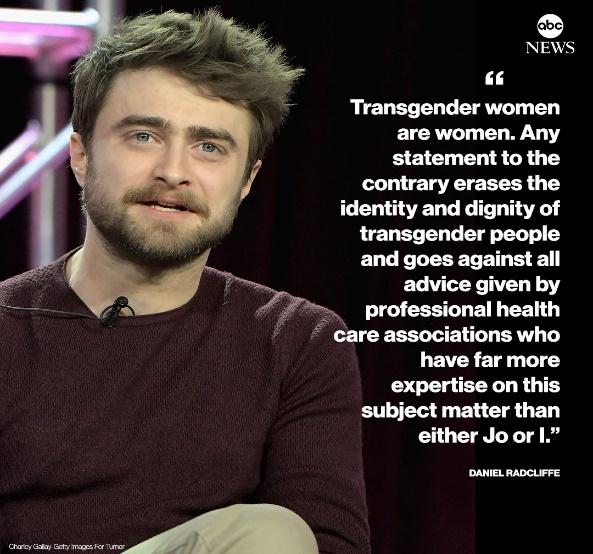 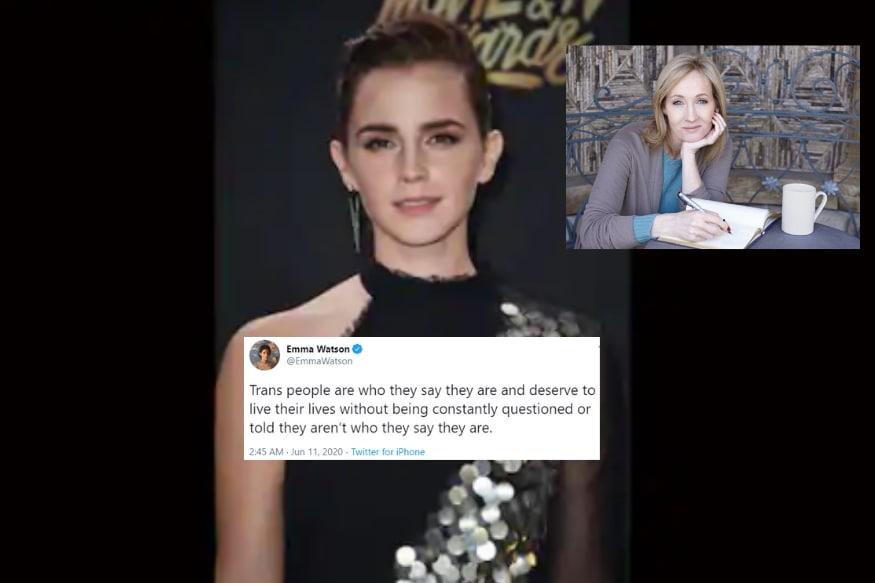 JK experienced three of the four, as a self-made billionaire she didn’t need or have sponsors.

Is it fair to be so hard on the writer?

JK Rowling is a philanthropist, and this isn’t inherited money she is giving away, this is money she made herself. She was a single mother living on social welfare when she wrote the first Harry Potter book. Her success from the books and the movies made her a billionaire and she supports causes by becoming personally involved and by donating.

She gave £1m to help homeless people and those affected by domestic abuse in the UK during the coronavirus pandemic. She supported Comic Relief by giving all the monies received (more than £17 million) from the sales of Quidditch Through the Ages and Fantastic Beasts and Where to Find Them. She has created and funded a Neurology Clinic at Edinburgh University in memory of her mother which will carry out major research into MS and other degenerative neurological conditions.

Can all that good be unbalanced by some tweets?

The view from LGBT’s advocacy champion James O’Hagan is: “it has to be expected that the gay community would have a problem with this viewpoint, you have to understand we together have been on this journey, and you cannot come in and speak disparagingly and create a rift in our community.”

The role of the Platforms

Is the whole structure of social media designed to keep us in a state of flux so we are ready to fight? Frances Haugen, the Facebook whistle blower, says that the algorithms are deliberately set to fuel hate speech and ethnic violence. They seek engagement to keep users on the platforms as long as possible, she says that the ethos at Facebook is that it is: “easier to inspire someone to anger than other emotions.”

Can the Harry Potter industry survive without JK Rowling?

It would appear that it can, the president of Warner Brothers who made the Harry Potter films, talking about the HBO reunion said: “This retrospective is a tribute to everyone whose lives were touched by this cultural phenomenon — from the talented cast and crew who poured their heart and soul into this extraordinary film franchise to the passionate fans who continue to keep the Wizarding World spirit alive 20 years later.”  JK Rowling has been written out of the script, she has been cancelled but Harry Potter lives on.

Abhijit Naskar one of the world’s celebrated Neuroscientists says: “If you are kind, if you are compassionate, if you hold no discrimination towards people whatsoever, then you have no reason to worry about whether you are woke enough.”

So, when you gather with your friends and family on New Year’s Eve to watch the HBO Special Reunion at Hogwarts, please remember ‘She Who Must Not Be Named’ as you sing: “Auld Lang Syne”

“Should auld acquaintance be forgot
And never brought to mind?
We’ll tak a cup o’ kindness yet
For days of auld lang syne”

If you would like to learn more above cancel culture please subscribe now and keep an eye out for my upcoming podcast “Waking Up to Cancel Culture”, where I will be exploring what it means to be cancelled with the help of James O’Hagan, LGBT Advocacy, Sorcha Pollak, Irish Times Journalist and Andrea Martin, Media Lawyer.

‘Unlocking Ireland’s Housing Crisis’ is the latest episode in our podcast series, which provides an enlightening overview of the historical context of the housing crisis in Ireland. This podcast delves into the potential to integrate policy adopted in Austria, which in the aftermath of the 2008 crisis reacted radically different to Ireland. We explore housing as a whole with two exclusive interviews with experts in housing.

END_OF_DOCUMENT_TOKEN_TO_BE_REPLACED

The ‘Pursuit Of HAPpiness’ podcast provides a provoking insight into the Housing Assistance Payment (HAP) scheme in Ireland. Do you want to know, what it is like living as a recipient of HAP, the instability, insecurity and uncertainty of the rental market and examining how the scheme is designed more so for the landlords rather than the tenants and the devastating impacts this can have on the people availing of this scheme, who can be exploited at a moments notice.

END_OF_DOCUMENT_TOKEN_TO_BE_REPLACED

What HAPpens Next Ireland?

If the situation arises where financial aid is required to afford somewhere to live, there are schemes put in place to assist. The HAP scheme is there to help, or at least, it’s supposed to be. The HAP scheme is majorly flawed, and is skewing the market for everyone, not only the HAP tenants. The lack of sufficient social housing has thrown a considerable number of social housing candidates into the deep end of the private rental sector. It’s time to talk about that.

END_OF_DOCUMENT_TOKEN_TO_BE_REPLACED

One thought on “Harry Potter & The Shaming”